If you found your way here, Ken Waldman likely reached out to you prior to the February 2021 online Folk Alliance Unlocked virtual conference.

What a year, from a January Folk Alliance in New Orleans to wherever we all are in 2021!

Early 2020, Ken was indeed in New Orleans for Folk Alliance, then had nearby local events--scroll to the bottom for that bit of nostalgia. Mid February he had a gig at University of Arkansas-Monticello, then to Lafayette, Louisiana where amid Mardi Gras activities he recorded videos with music and life partner, Lizzie Thompson. Then Lizzie flew to her temporary rental/retreat in SW Virginia, and Ken had several Texas dates just as the world began to shutter. He recalls leaving Beaumont TX early Wednesday morning, March 11 after his Lamar University gig, running quick errands later in Lafayette and New Orleans, then taking off to Virginia for his Friday March 13 gig with Lizzie in Warrenton VA (joined by fiddler and singer, Abigail Hobart--see photo). They squeezed in the show, Ken's last live gig until February 18-20, 2021 where he's joined by Willi Carlisle for a three-day residency in Henderson NV (and their Saturday, February 20th show looks to be live-streamed--be in touch to see if we can hook you up that; see the flyer below). 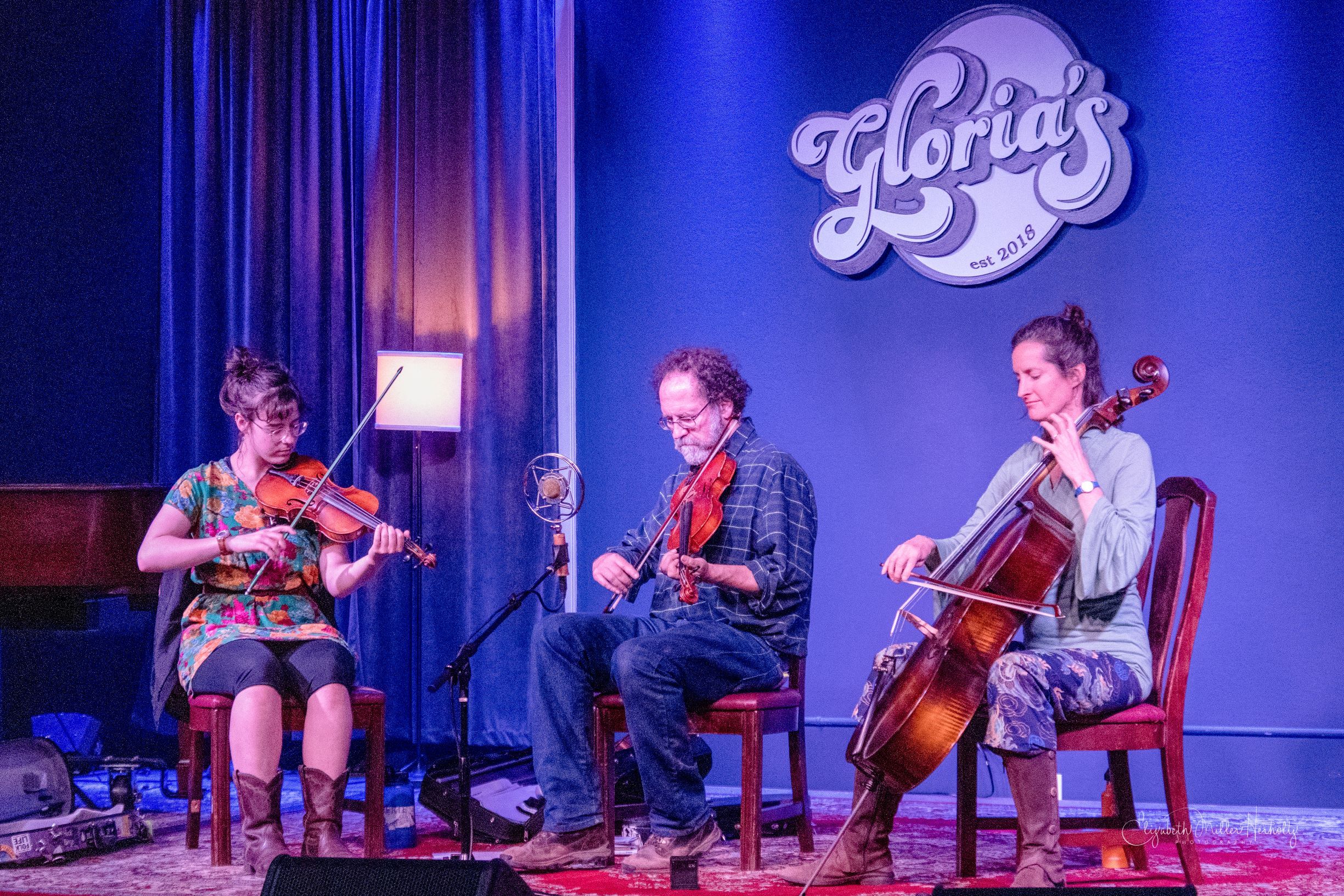 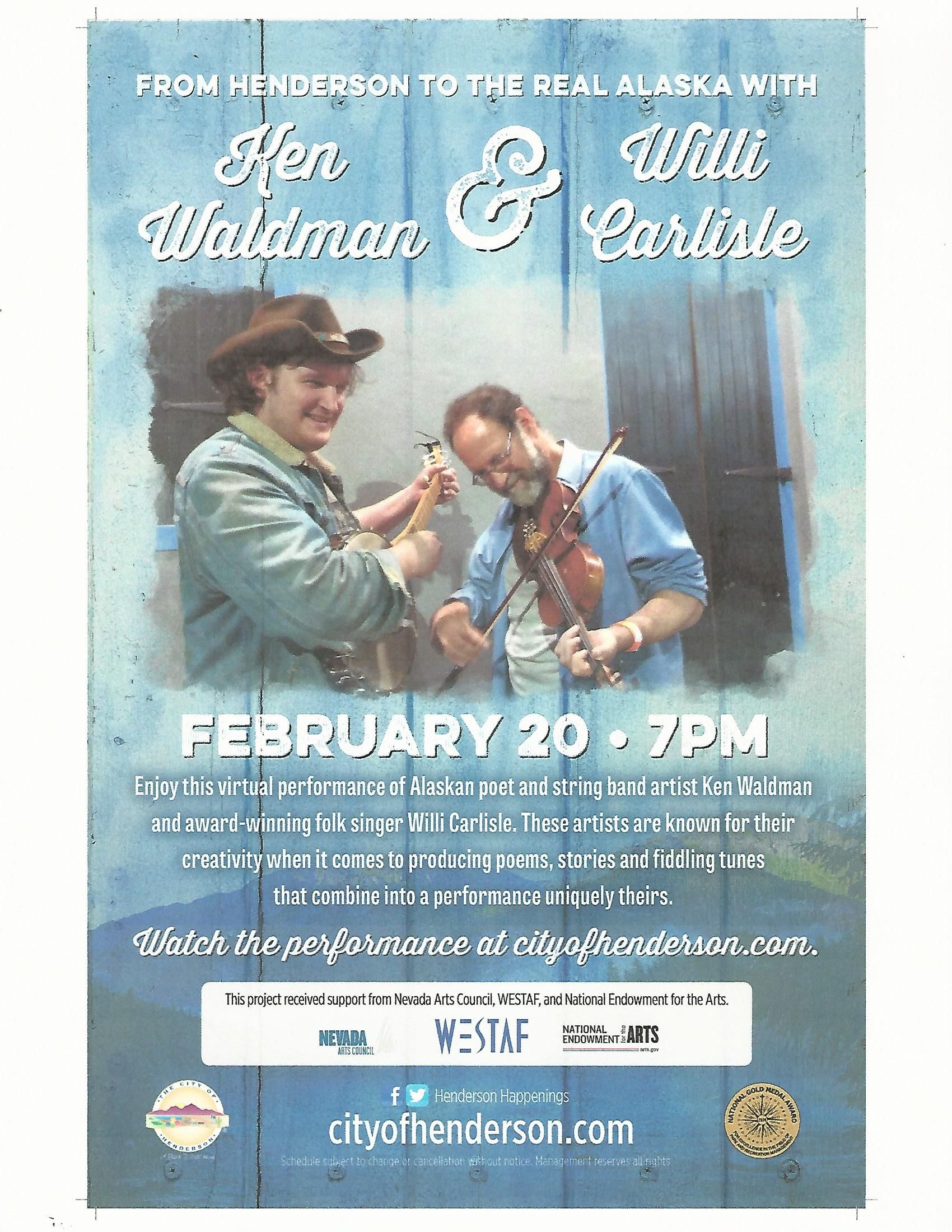 Ken was supposed to visit Lizzie in Virginia until March 23. Now, almost 11 months later, he's still there, visiting. Though Ken has done a few online events--if you're curious, he can point you to his set with Lizzie Thompson at the May 9-10, 2020 Anchorage Folk Stay-at-Home Festival--mainly he's been holed up in a safe and comfortable place, writing. He's been fortunate. It's been a productive time and he's written and had published three new books since March (and there's more to the new writing than that, but this link gives an idea).

For now, it looks like a long, slow homestretch to whatever will be the new normal.

More information? Ken always aims to be of service!

Wednesday, January 22-Thursday, February 6, 2020 Ken Waldman will be in and around New Orleans for Folk Alliance and other events.

None of these will be solo: Ken expects to be joined by The Wild Ones, among them might be Willi Carlisle, Mark Palms,
Brett Ratliff, Ryan Spearman, and others. Otherwise, he'll be around the conference.

Monday-Thursday, February 3-6, Ken Waldman will be in Slidell to visit schools and on the evening of Thursday, February 6 will lead
a writing workshop and play a public show (and will likely have an accompanist or two).